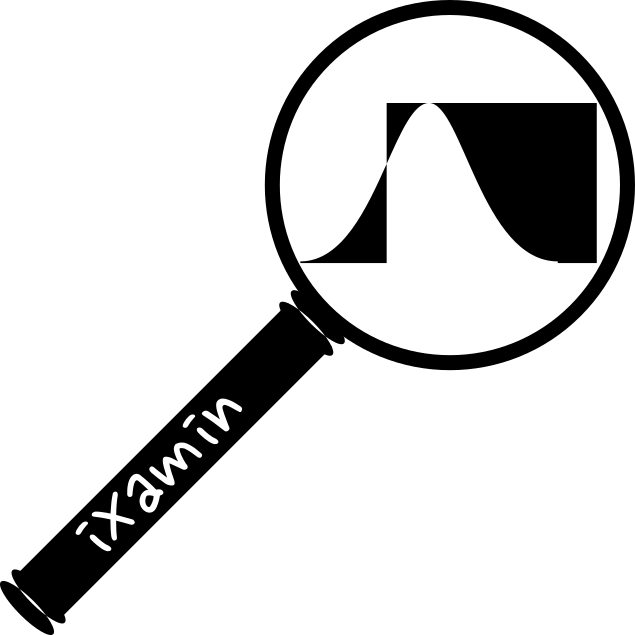 With water, an economic shock.

Ontario’s Time-of-Use rates have been steadily increasing, with the “On Peak” rate rising the most rapidly in the last three years.1 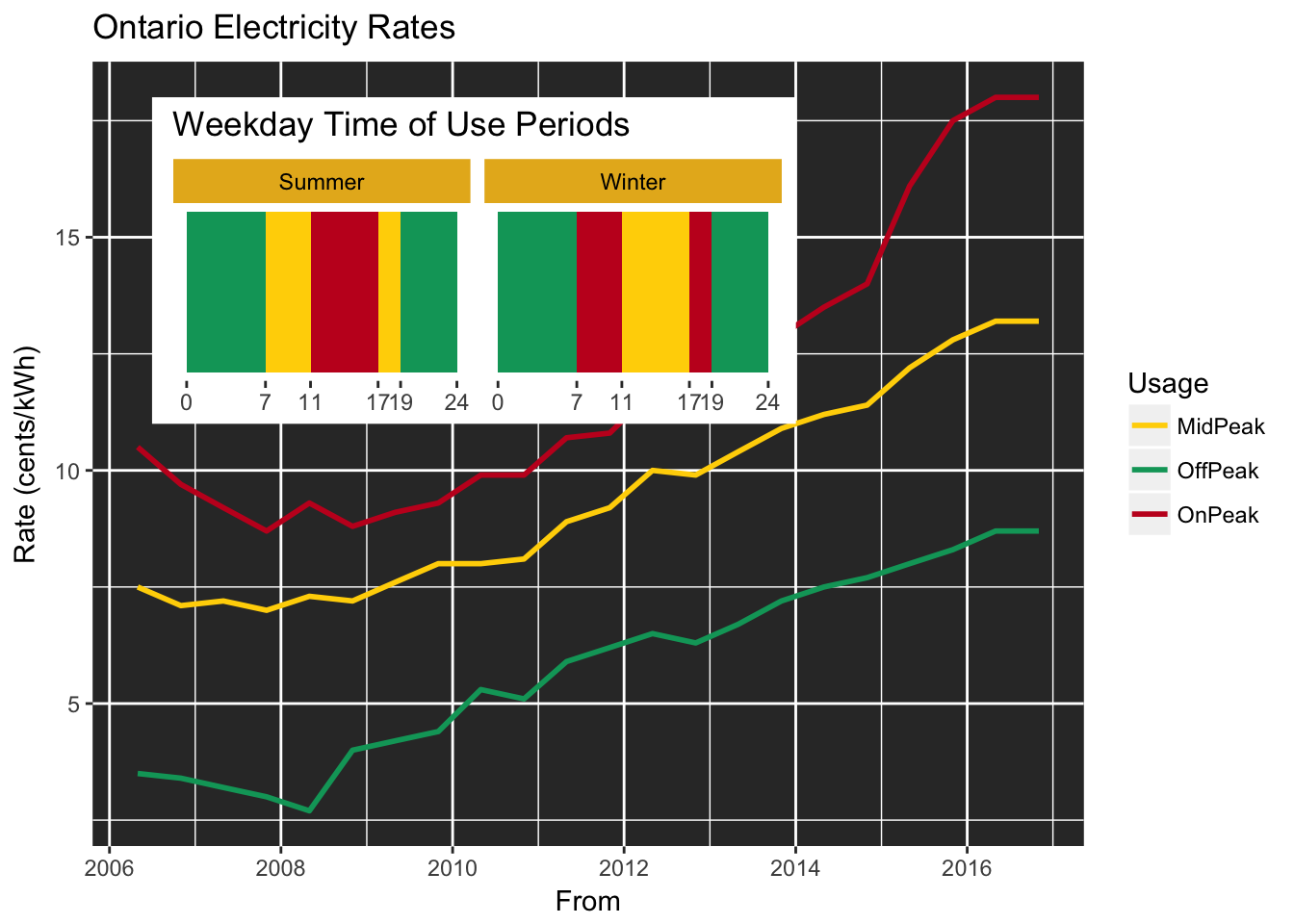 In the same period, Ontario’s Electricity CPI has risen more rapidly than the Canadian average.2 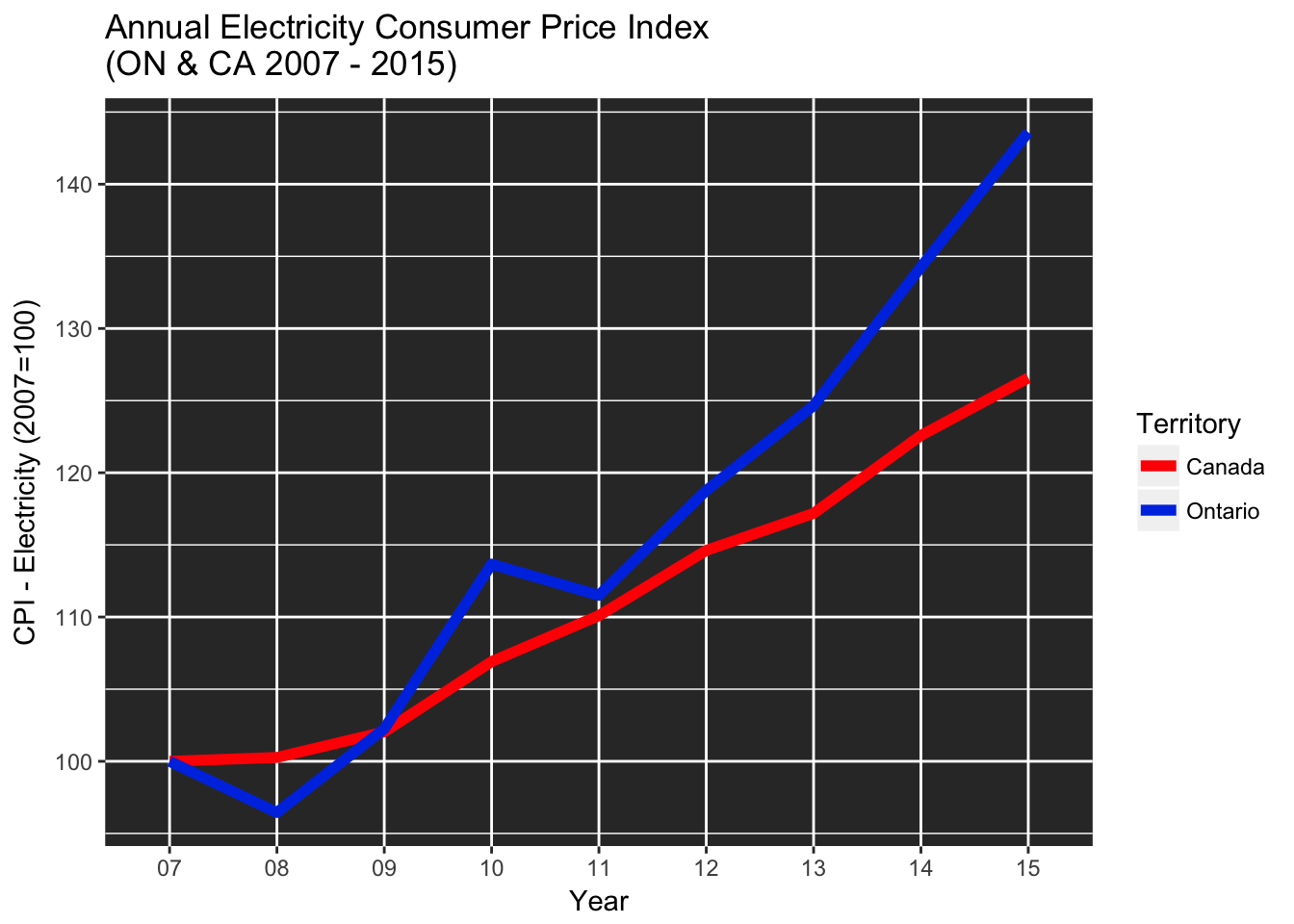 In 2015, Ontario had the highest provincial Electricity CPI variation from the country’s average. The Northwest Territories is the only region having a greater variation.3 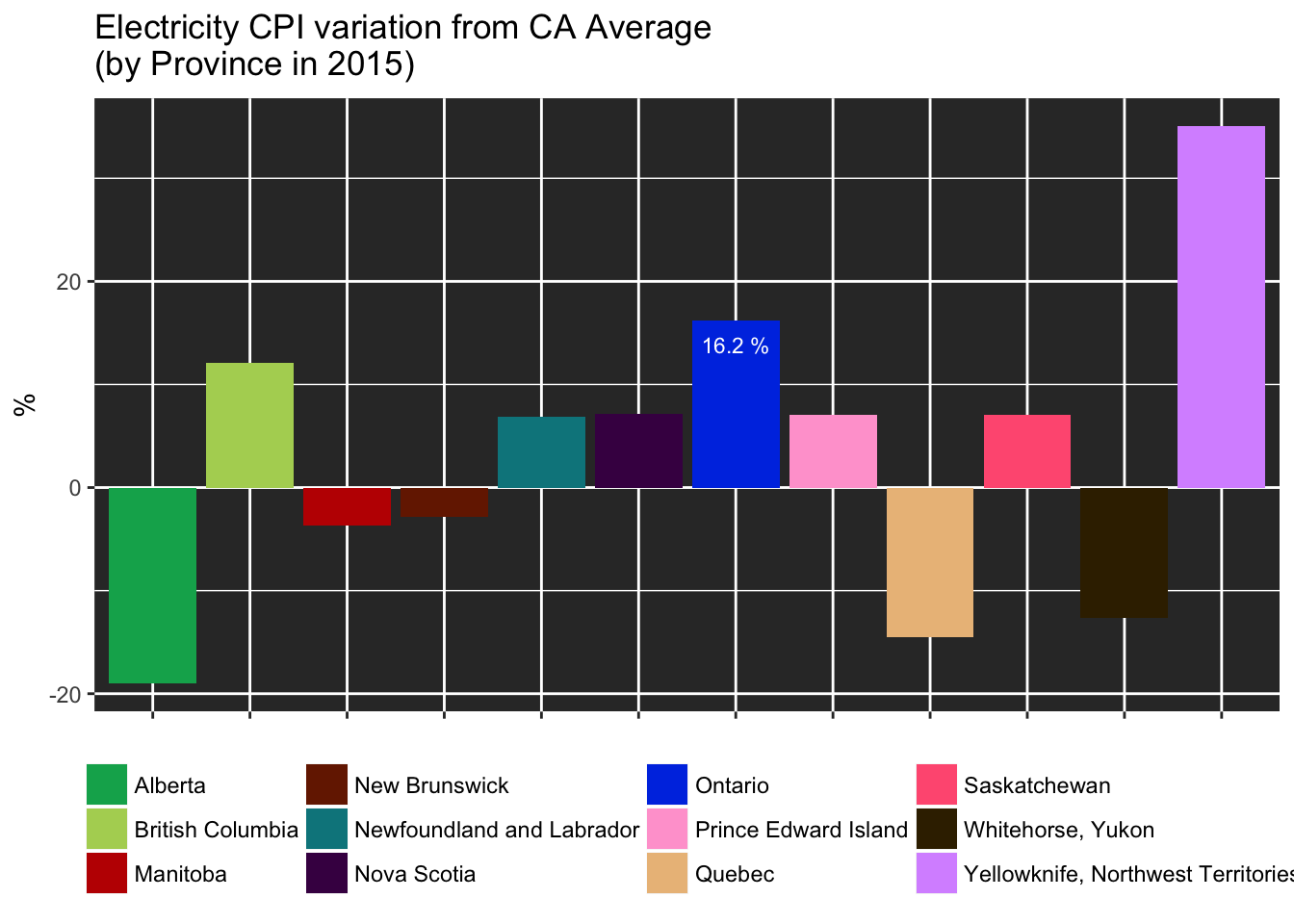 Nuclear power is the largest source of electricity in Ontario.4 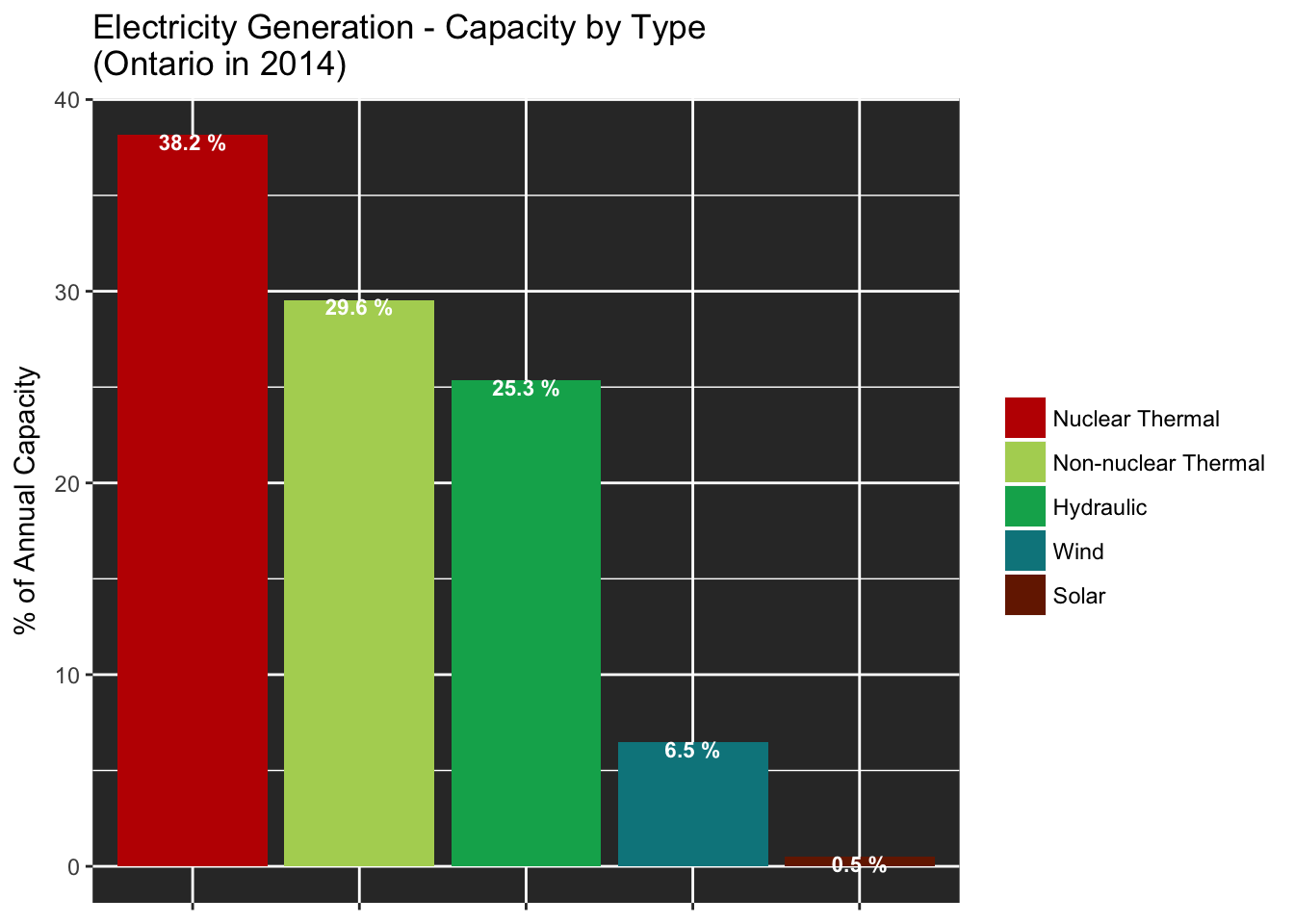 Nuclear fuel is about a third of the total provincial cost; hydrocarbon driven thermal electric generation costs the most.5 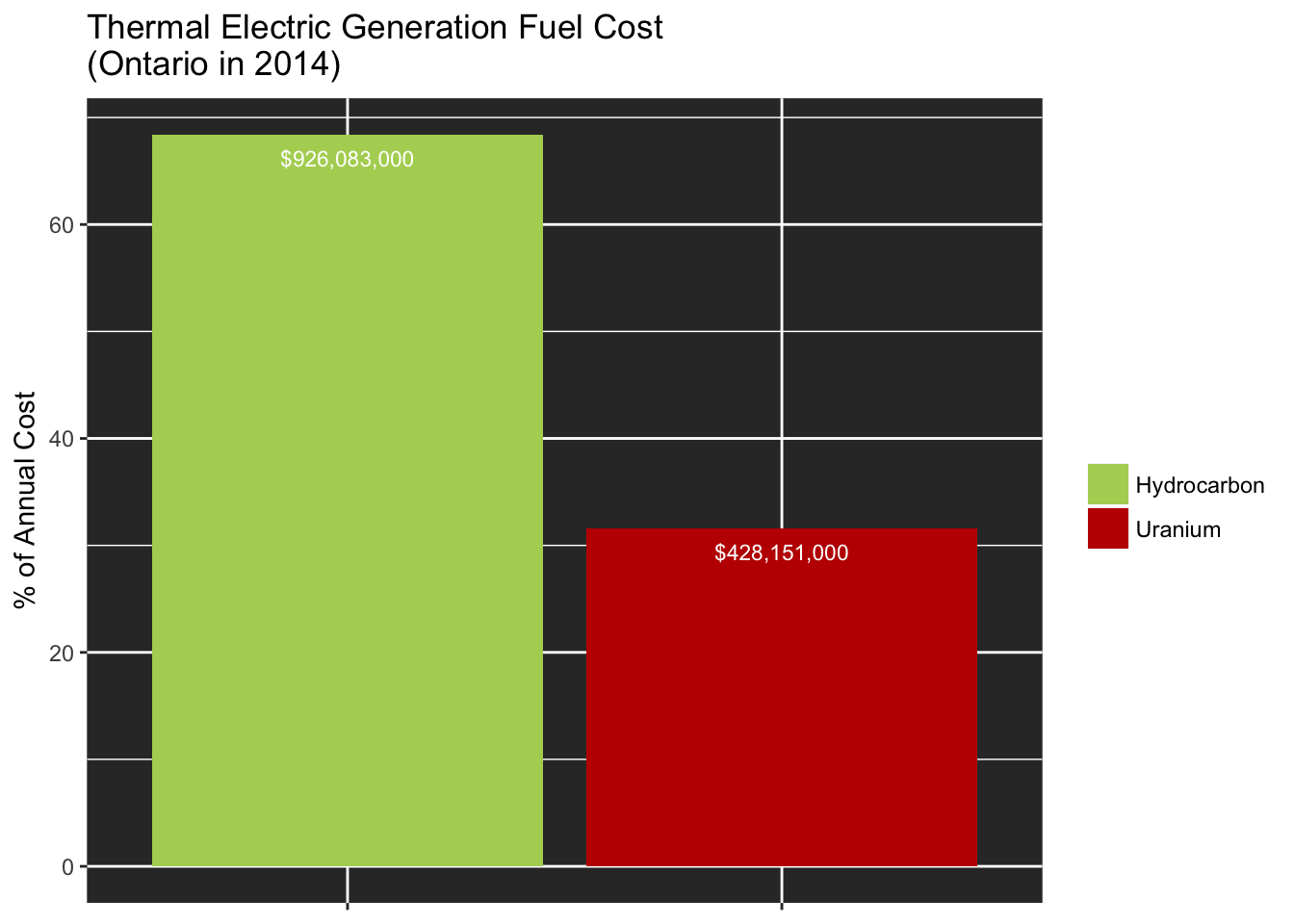 Unless a household heats with electricity, the alternate typical heating sources are reflecting a lower recent Consumer Price Index. However, the CPI of water is higher and increasing faster than electricity.6 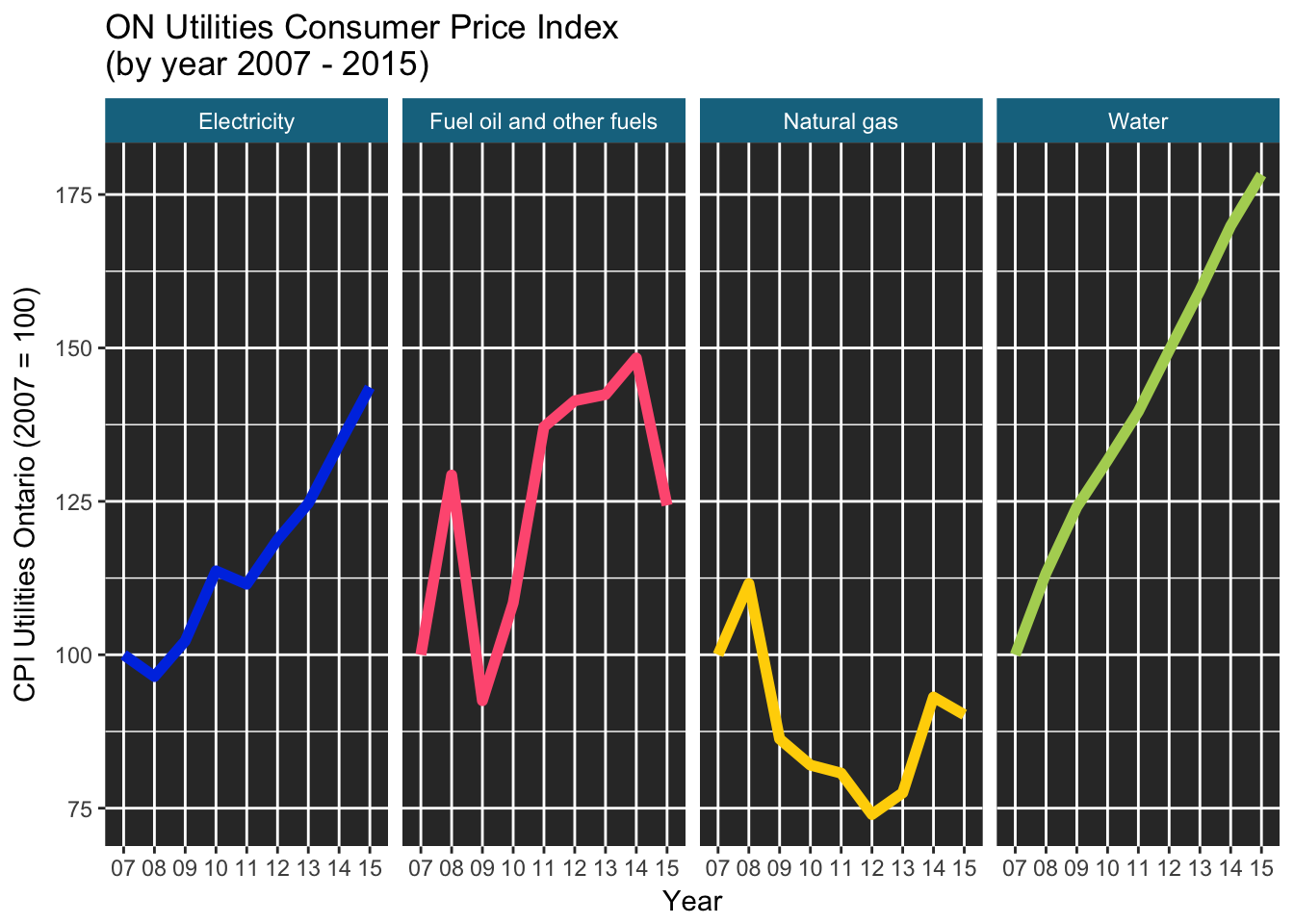 This site is the creation of Jonathan Hodge, a Business Intelligence consultant and ERP expert. He has years of experience drawing insights from corporate systems built on Oracle and SQL Server databases.

The R Programming environment, deployed at an Enterprise level or stand-alone, is a useful tool for analysis of data from almost any source, including the traditional database systems. The data analyst uses R to clean, interpret, visualize, and leverage statistical packages to unlock value in the data.